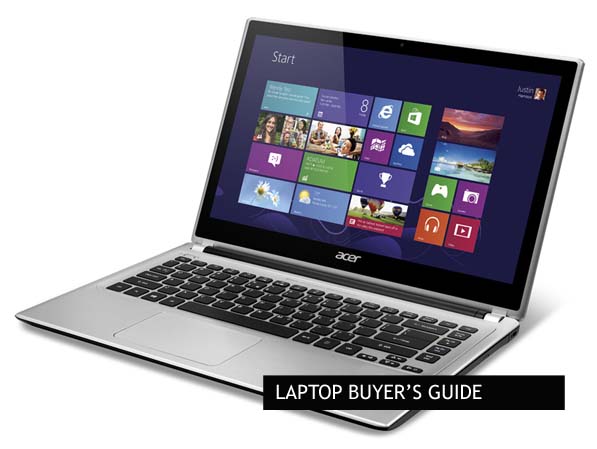 You might have seen a low price on a laptop, but how do you know you’re really getting a good deal? Retail stores will try to sell you anything, even if you don’t need the fastest laptop. The best laptops are a balance between performance, battery life, and price. If you’re ready to buy, you should also beware of the dreaded bloatware crisis, which will make you hate your new laptop as soon as you start using it. Check out this guide before you buy your next laptop because it could save you thousands.

Laptops come in all shapes and sizes, but you don’t have to break the bank to get a good deal. You’d be surprised about the free software you could get for it, which means don’t fall for the sales pitch to buy antivirus or anti-spyware software at the store. Price is always going to be a key factor in deciding which laptop to buy, but you should pay close attention to the processor, memory, display, battery life, graphics, communications, and make sure you get a media card reader.

The first thing to consider when buying a new laptop is what you plan on doing with it. People that multitask, edit videos, or play games need decent processor power. A dual or quad core processor is specifically built to handle some of the most demanding tasks. Processors, referred to as the central processor unit (CPU), are measured in terms of their speed in GHz, or gigahertz. A good CPU will have a speed of 2.0GHz or higher. Both AMD and Intel offer great processors. You should always make sure a good processor is matched with decent memory and capable motherboard. The motherboard should be expandable, which will allow you to add more memory, a better processor, a new hard drive, or other things in the future.

Many retail locations will sell a variety of laptops that you don’t necessarily need. Always think about the practicality of paying for a $2,000 laptop, especially if you only need a $299 laptop.

Get as much memory as you can afford because you’ll end up eventually using it. Memory is a method that enables computers to quickly store and display data. Modern operating systems, such as Windows 10, require ample random access memory (RAM). This means that you need at least 4GB of RAM just to run your operating system smoothly. If you will be gaming or doing anything intensive, always consider 6GB or more of RAM. Today’s RAM is usually DDR3/4/5, and comes in sticks that are preinstalled on the computer. You’ll want to make sure that you can upgrade your laptop in the future, if you need more RAM. This basically means that expandability ensures your investment is future-proof.

If you’ll be traveling, consider the size of your screen. Anything over 15.4” screen width will require a special, often expensive, laptop bag. You’ll also have a hard time using a full size laptop on an airliner. Larger screens mean the entire computer will likely be bulky in size. Next to size, the other important factor is its resolution. High definition video content is the standard today, which means the best screen will be capable of displaying at least 1080p media. The fact is having a higher resolution makes for a better gaming and web surfing experience.

Laptops used to have removable batteries, but many newer models are integrated. This was done for many reasons, including design and weight considerations. If the removable battery went low, the user could just swap it out and pop a charged one in to replace it. Newer integrated batteries mean buyers have to really be aware of laptops that don’t have an adequate battery life. After all, there’s nothing worse than having to stay plugged in all of the time. A good battery life is at least 4+ hours. Remember, intensive use of the computer’s resources, such as gaming, will drain the battery faster than just browsing a website or watching a movie. Travelers and business people should consider investing in a laptop that offers a considerable amount of battery life.

You might have a decent screen size, but is your graphics processor integrated or dedicated? Integrated video systems are built-into the motherboard and share memory resources. A dedicated video card with at least 1GB of video RAM means better performance, isolated resources, and generally better display rendering. You’ll want a dedicated video card to improve your gaming experience, for example. Always check to see if the laptop has shared or dedicated video memory. The graphics manufacturer is up to the buyer, but you should consider the software or games you will use, which often recommend a specific video manufacturer, such as Radeon or NVIDIA. In general, the higher the amount of video RAM and speed, the better the performance.

A good laptop will give you numerous communications options. You’ll at least want the ability to plug a network cable in (for wired internet), have multiple USB inputs, and have a fast WiFi standard. Look for USB 3.0 connectors, which offer the highest transfer speeds for thumb drives. A mix of several USB 2.0 and USB 3.0 connectors will keep you connected into the future. The newer 802.11ac ability will give you the fastest wireless transfer speeds, provided you have an ISP account that offers it. Other good to have options include wireless Bluetooth functionality. These communications technologies will let you connect all kinds of devices and basically ensure that your laptop won’t become obsolete in a few months.

Never purchase a laptop without a built-in media card reader. The media card reader will allow you to transfer your favorite pictures from your smartphone or camera MicroSD memory card to your computer. Think of this interesting fact: computer techs have started using the card reader as an emergency disk tool, which is good to have on computers that cannot access the main hard drive. In fact, the media card reader is becoming more utilized than the older optical DVD drives of the past.

It’s getting harder to find laptops with built-in DVD writer drives. Designers often abandon the DVD drive because it adds weight, another point of breaking, and it’s older technology. However, a DVD drive does make it easier to install software in an emergency, burn discs to use in cars without MP3 players, and repair the operating system. One thing to also consider is the fact that manufacturers have generally stopped providing rescue disks for new laptops. Having a DVD writer is just a plus because it will allow you to continue using legacy software, burn discs, and easier operating system repairs.

Consider the operating system of your new laptop. Most new laptops are being sold with Windows 10, but not all versions are the same. For example, Windows 10 Home will not have the same functionality as Windows 10 Professional. In addition, always look into the bloatware reports for the specific manufacturer and model of laptop you want to buy. Bloatware is a nice way of describing preinstalled junk that slows down a computer, compromises security, and is almost always unnecessary and unwanted by the consumer. Unfortunately, often, people spend hundreds of dollars on a new laptop just to discover the bloatware immediately reduces the performance, causing them to immediately pay hundreds more for a computer technician to remove it. Essentially, bloatware creates more problems and should be avoided. Thankfully, most of the time, once you buy a laptop, you can remove the bloatware yourself by basically uninstalling anything you don’t plan to use. Ideally, you want to avoid brands that come preinstalled with bloatware, unless you’re willing to spend hours removing it yourself.

We seem to have a bloatware crisis in America. Bloatware can fool the typical consumer into thinking something is wrong with their laptop or that they have a virus. Manufacturers and retailers are going way too far with the totally unnecessary, invasive, annoying, spyware-like software being preinstalled on nearly every major retail laptop. Consumers are not given a choice when this is preinstalled whether they like it or not.

Some laptops will offer fingerprint readers and bundled security software. However, we recommend avoiding the purchase or bundled software offers of manufacturers. Most consumer security software is available for free download and use online. Don’t pay for it at the store! Many retailers have people that unknowingly broke the seal of a software package but had to return the computer. If you do this, you will be charged for the software, since it cannot be returned after being opened. We’re also convinced that consumer fingerprint security features on laptops sold at most major retailers aren’t as secure as claimed. Your best security option is to buy the right laptop you want and then take it home to install your own free firewall and antivirus software. We’ve previously recommended AVG and ZoneAlarm for home users – they are both free.

If you just look out for these 10 things, you’ll probably find a great deal on the right laptop for you. Once you’ve thought of these things, then, consider other details, such as the design, placement of ports, and colors. Always remember to keep your receipt and buy from a reputable source. We don’t recommend buying used laptops or open box items because this often means no standard warranty and return policy. Another great thing to do is to check the reviews and ratings of a computer you’re interest in – read both the positive and negative comments. You might also consider buying online, which often means no tax and free shipping.