The person standing next to you in the checkout line may be recording your card numbers, PIN, and other personal info 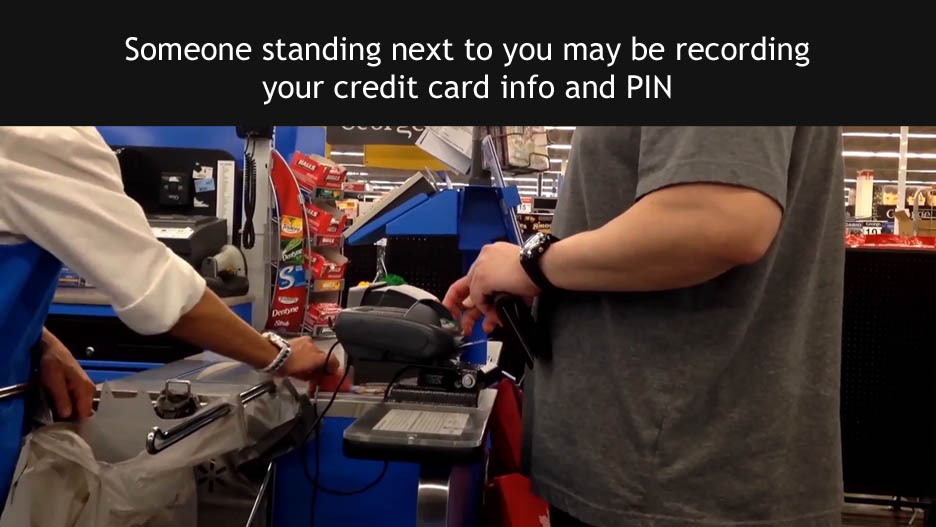 That person standing just a little too close to you in the checkout line may be trying to record your personal info with spy cam glasses. These glasses look like any other glasses so much that they are hard to distinguish from any other pair of glasses. High tech glasses make it possible to quickly steal bank account information, PINs, phone numbers, addresses, credit cards, and other documents. This is a growing problem that security experts are constantly monitoring and trying to protect against. It only takes seconds to steal account details and identities. Think twice before allowing people to stand close to you and lean in towards you, especially as you swipe your card or enter a PIN into any machine.

You might think twice, the next time you’re in the checkout line and someone seems to invade your personal space. Criminals are slick and they do things that seem innocent to get a closer look at your personal details. You’re at the highest risk when you pull out your credit or debit card and slide it into the card reader. Some card readers require you to leave it in the chip reader slot until it completes the transaction. This small amount of time is enough for the card to remain still just enough to get a clear picture of the name, numbers, and expiration details. Any flip of the card also reveals the security code on back. Using special glasses, the criminal now has enough information to try and steal your identity and go on a shopping spree.

The criminal takes photos or videos of your PIN or other personal information. Ideally, a video is used so they can zoom in and playback what you do until they’re confident they have your information. After this, they can either use the information for themselves and go on a shopping spree, sell it to another person, or sell it to the black market. They look for people that leave their cards on a table or don’t cover their hands as they type a PIN into a public machine. People of all ages are at risk for this, although the elderly are more often targeted. 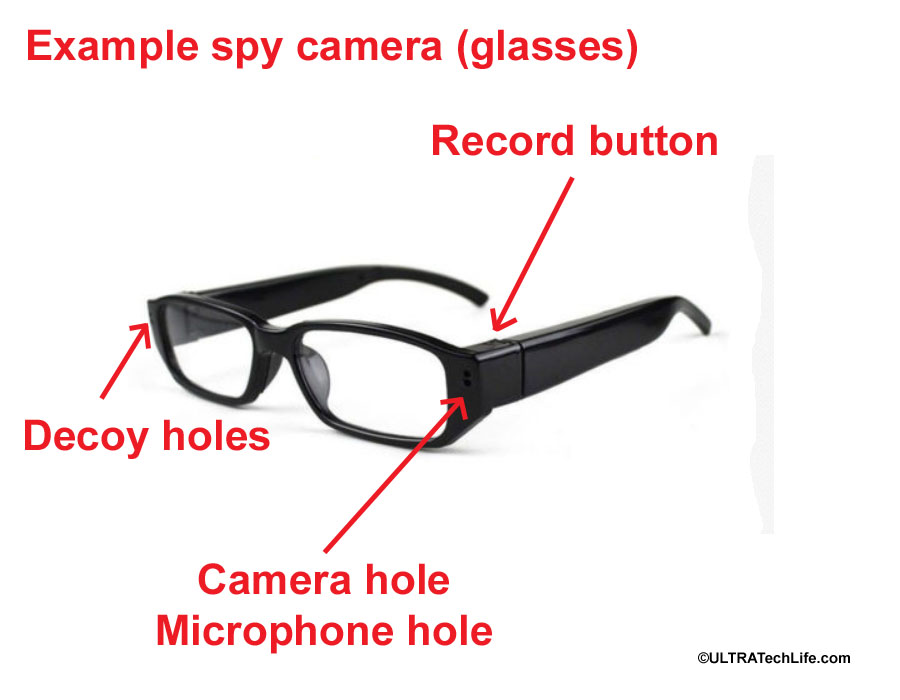 The closer a criminal is to you, the higher the risk of them actually capturing a clear picture of your personal information. ULTRA TechLife confirmed that a PIN could be captured from just a few feet to at least 7 feet away. Google Glass, smart watches, and other spy glasses can allow someone to see your password from up to 10 feet away (average). In some cases, with high definition capturing, tech experts say that your information can be captured almost 150 feet away. This is shocking, but there are things you can do to protect yourself or at least reduce the risk of getting your data captured. Even a blurry capture can be analyzed with specialized graphics software, specifically running algorithms that detect blurry letters and numbers – the same technology used in accident investigations involving license plates from further distances and at night.

Spy glasses are just another tool that identity thieves like to use. There are other ongoing threats, such as skimming. Thieves can steal your data without even being present by using a skimmer. They will leave a card reader, called a skimmer, which slides into the card slot and collects anything that it comes into contact with, including your credit card. This device is made to look like it’s part of any normal card reader. Many surveys show that most people were unaware that they were being skimmed. It’s hard to tell whether a machine has been tampered with, for the average person using an ATM or other card reading machine.

If you thought spy glasses and skimmers were bad enough, there are people that just simply use their smartphones. Simply walk up next to someone and hold your phone out as if you’re talking on it. This makes it very hard to tell exactly who’s out to steal your data. Thankfully, there are steps you can take to significantly reduce the risk of any of these things happening to you. Again, you might not be able to completely eliminate the risk, but anything helps.

Spy glasses and skimmers aren’t hard to get a hold of, which means consumers have to be smart. Be aware of your surroundings and always do business with reputable sources in public places. Public places means high visibility areas, typical of department stores with lots of constantly monitoring cameras. Many banks we talked to aren’t actually interested in pursuing a majority of people that use your money unauthorized. This means that it’s just best to avoid the situation in any way possible. 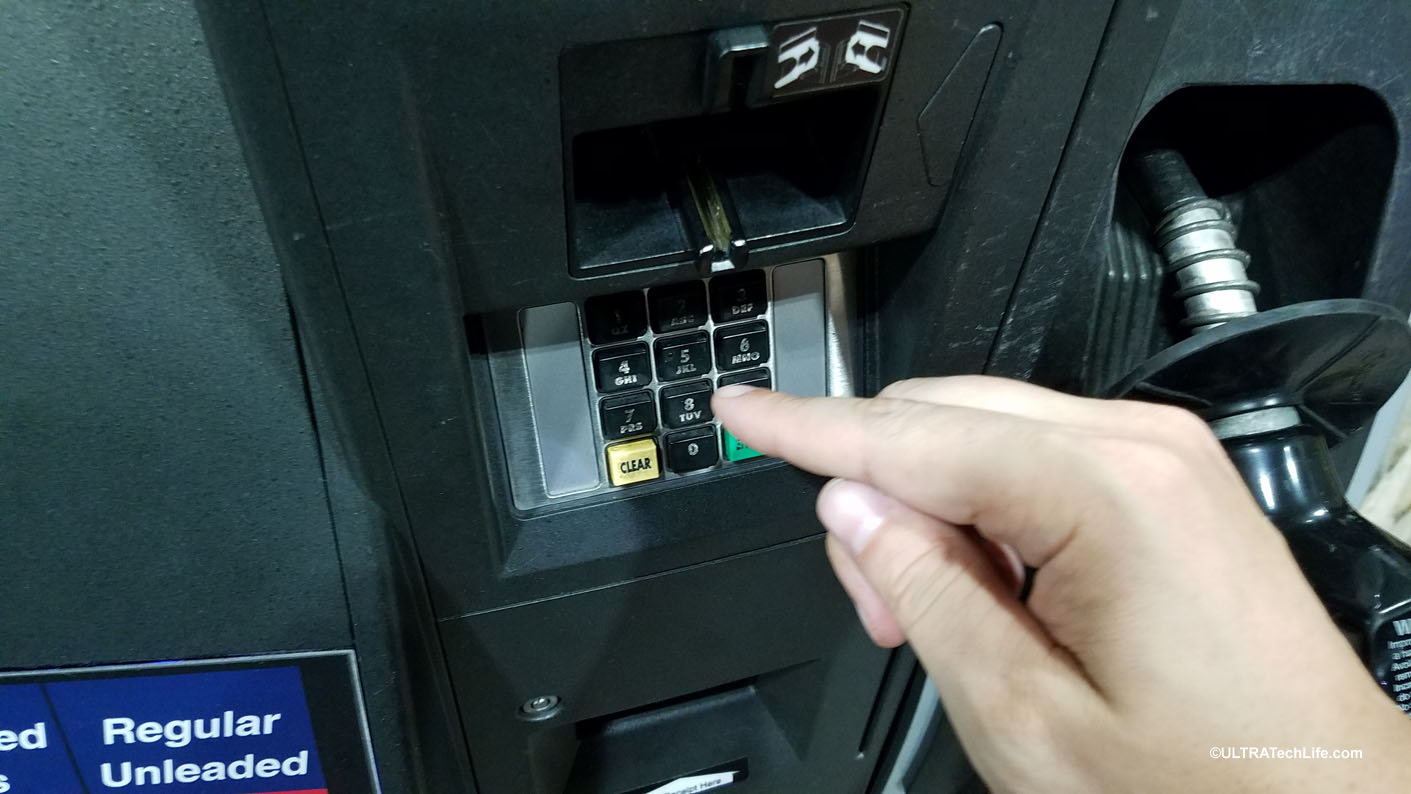 The biggest way to defend against these kinds of data theft is to take some easy personal steps. Never let anyone too close to you when purchasing items, especially when you have your card out, just ask people to give you personal space or back up. Always cover the keypad when entering your PIN, even if you think nobody is around. Never put your credit or debit card on a table. When a card is flat, it’s easy to capture it from some distance. Always cover your card in your hand, all the way until you put it in the card slot or swipe it. You may also want to stand over your card and cover it as you swipe it. Ideally, you want to cover all of the information on the front and back of your card at all times. Finally, always check your accounts for unauthorized activity – catch abnormal things as early as possible. As technology advances, consumers must stay steps ahead of the threats.