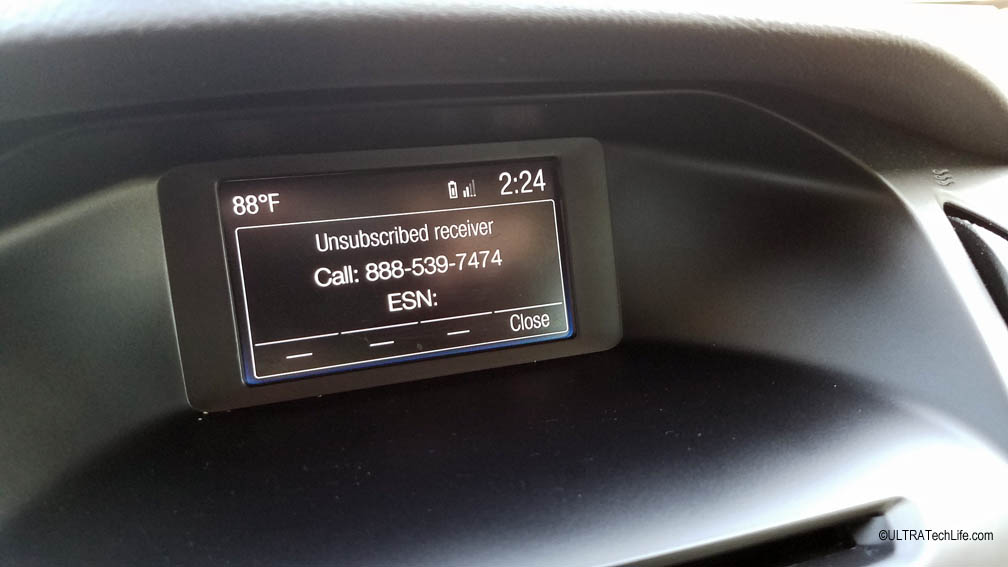 Why are you paying for satellite radio when your smartphone already has more options? People are cancelling satellite radio for some of the same reasons as the cord cutters of cable. If someone told you there’s a cheaper way, would you listen? Times are tough and that means saving money is a must. Although renewal offers may be tempting, we take a look at whether satellite radio is actually worth it for the average consumer. We’ve got a list of the top 10 things you should consider before you sign up or renew with SiriusXM.

Save Money, Use Your Smartphone or USB Drive

Hello, smart tech consumer. You might be considering SiriusXM radio as a first-time subscriber or someone coming up to renewal time. Tough economic times mean you have to be smart about your purchases. We’ve got the top 10 reasons why you shouldn’t bother signing up for or renewing SiriusXM. It turns out, you could just use your smartphone to do way more for less. Check out these 10 things to consider, which will give you more options and save money.

Consumers are paying anywhere from $90 to $500 annually for SiriusXM. Why pay for something, if you could get it cheaper or free?

1. Your smartphone is capable of streaming Bluetooth music through most built-in vehicle hands-free radio systems

The future of mobile internet will involve higher bandwidths. Many people already stream video all day long. You can tune in an infinite amount of your favorite music, especially if you have a vehicle that can use Bluetooth to control your smartphone’s apps through common steering-wheel-mounted controls. Some vehicles will also let you install certain iPhone and Android entertainment apps, allowing you to also see song title and artist information on your dashboard. For people that aren’t in the car for long periods of time, hands-free streaming is a fair option. If you already have a high-bandwidth smartphone service, this is even more of an option.

Most importantly, your smartphone has built-in memory, and likely an external micro memory card expansion capability, you can fill it full of your favorite music MP3 files and stream to your hands-free entertainment system via Bluetooth. By streaming your own music files, you wouldn’t be using any of your smartphone data plan allowance.

Many angry customers have reported that they’re unhappy with SiriusXM having too many commercials and people talking over their favorite music. The frequency of interruptions could be reduced or avoided by simply using your own smartphone and listening to a cheaper or free app. For example, many people use the free Google Play Store apps to stream music to their car, many of which have no commercials.

3. Most cars have a built-in USB port capable of playing music files

Why pay for commercials and a small variety of music that you might not even like, if you have plenty of your own favorite songs on a USB drive? Just plug it into your car and you have free music. Some cars can accept large (e.g., 64GB) USB drive – and that means lots of free music. Best of all, there’s no commercials and it’s your personal selection. Did we mention it was free?

5. SiriusXM stops working when you’re in bad weather or under any kind of obstruction

Imagine singing your favorite song and then the radio goes silent, just because you pulled in between some buildings. This happens very frequently and is a result of wireless radio signals being blocked from line of sight. The radio will not work in a tunnel, under a bridge, in a car garage, and similar situations. Using a USB stick in your car completely negates this disadvantage of satellite radio.

6. The audio quality of SiriusXM is disappointing to many customers

Compression is just one of many issues with satellite radio. Users may notice a quality difference between their own USB drive music files and listening to music on satellite radio. It may appear thin or generally lower in volume.

7. Choice of music on SiriusXM is not much different than local FM radio

One of the major complaints from satellite radio customers involved the fact that they were expecting to hear much more diverse music than their local terrestrial stations. This is not the case because they often hear the same thing on satellite radio. They’re paying for something they could get for free.

8. SiriusXM has been described as a luxury and not necessity

It sounds self-explanatory, but customers have an interesting explanation as to what they mean by satellite radio being a luxury. If you go through the customer complaints of SiriusXM, you’ll find a lot of people say that if the service was cheaper and included all channels, rather than more expensive packages for sports, for example, it would be a better bargain. They see the only use for satellite radio as being for people that want premium channels and not necessarily for people that just want the basics — like news and music channels. People that are just looking for music might find SiriusXM too expensive.

9. Talk radio is a joke on SiriusXM

Some have said terrestrial AM talk radio is almost dead. Satellite radio was supposed to be one of the next best things. It would seem that the truth is wireless internet is actually the next best thing. Most people already have high speed mobile data through their existing smartphone plans, which is certainly capable of streaming music from infinite sources. For example, many say XM talk channels 125 (extreme right-wing) and 127 (extreme left-wing) are unbalanced, biased, and hypocritical in terms of both content and hosts. Others call it an echo chamber, where it almost seems like the talk show hosts just like to hear themselves speak or only allow callers they agree with to join the one-sided conversation. There’s no in between or home for people that are more neutral or don’t completely agree with the radio programs. You get extremes of a political spectrum — and that leaves much to be desired.

10. SiriusXM is a monopoly

There’s no other way to describe SiriusXM. Customers want choices, options, and value. The customer satisfaction with the company is terrible. Many people report questionable billing practices, including difficulty cancelling accounts. The aggressive calls, emails, and mailing campaigns have people asking SiriusXM to tone it down and leave them alone. We need more choices for satellite radio, but that would also require radio hardware that isn’t proprietary to one system.

Think twice before subscribing to SiriusXM or renewing an existing subscription. Times are tough and many Americans are living paycheck to paycheck. It makes sense to be smart about your consumer electronics purchases. If you do cancel, make it very clear that you’re cancelling and follow up with them to ensure you receive written confirmation in your email or by mail. You should also check your credit card and bank account to make sure you weren’t wrongly billed. Why pay for something you could get cheaper or free? Your smartphone may be able to pair to your car’s hands-free entertainment system and play an infinite amount of your favorite music.