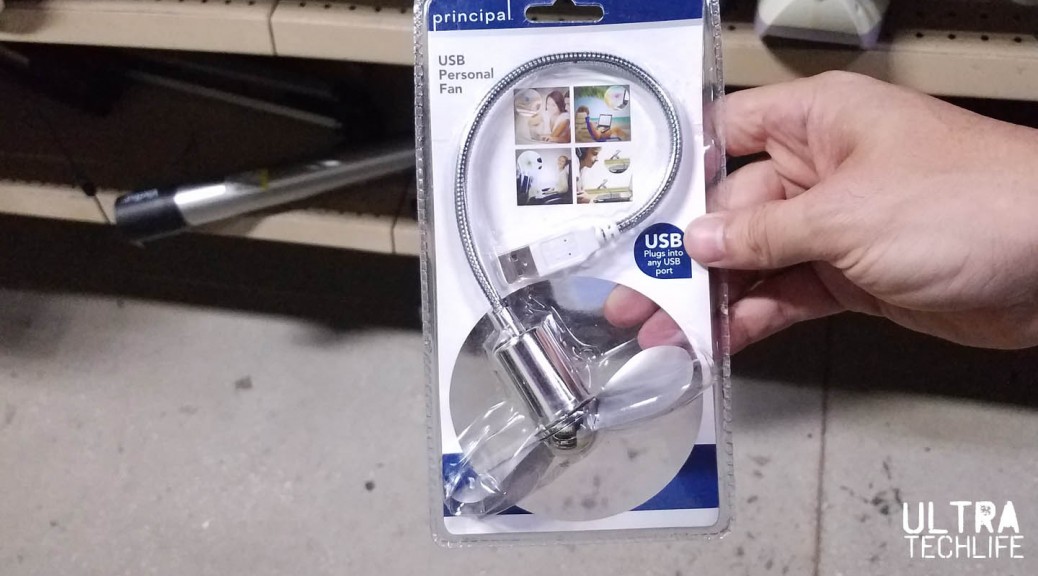 Finding something 80-95% off the original price already sounds great. Have you ever wondered what people do with their old electronics, computer parts, maybe even a brand new item they just never used? What about the people that just never realized the item they donated to Goodwill was worth a lot? These are great questions and it’s not that hard to find cool past and present consumer electronics stuff at your local Goodwill. Sometimes you’re in for a big surprise, especially when you find something you can use, or an electronics product that’s valuable, and it’s marked at a dirt cheap price. But be careful, there’s also some great tips to consider in this cool article and video from ULTRA TechLife. Try this out and see what you can find.

Goodwill is this place with locations all over the United States. People donate stuff they don’t want to their local Goodwill location, such as toys, electronics, pots and pans, collectables, clothing, shoes, and so much more. You can find all kinds of things spread out about the store. The idea is this non-profit company takes the donations and employs people/helps the community in return. It’s definitely worth taking a look at, if you’ve never been in one before. It gets even better when you know exactly what you’re looking for or go into the store with an open mind. I think of the place as a museum with stuff that I can buy if I’m that interested – how cool is that?

I’ve been studying and deeply involved in science and tech for a good amount of time. It’s my living, profession, hobby, and life. When I started finding cool things in Goodwill, it made me keep coming back to see what else I could find. I don’t necessarily buy everything I see. Many times, I’ll just be looking around and learning about historical items. For example, I’ll find very old computer parts or software. I’ll be able to approximately date it and know the original price range. To see something that was once thousands of dollars in the 1980s-1990s be marked down to $4.99 in 2018 makes you just think about life. It’s amazing to see the lifespan of technology – from introduction to obsolete. It’s literally like a museum because every product in the store has a story of its own. Think about that.

Finding really old cheesy products makes me laugh. Some of the are pretty cringy. The old 80s and 90s product boxes make me cringe. You’ll find a 1989 portable CD player still in the hard plastic that was never opened. The box says “ultra-portable entertainment system”, but it literally was huge and probably never fit into a human pocket.

How about an old VHS video camera that once sold for several thousand dollars and is marked below ten bucks now? What if it worked? What stories did that thing have? I’ve also seen lots of old digital cameras. Remember when those first came out? The tiny amount of memory they had and their expensive cost? You’ll find these all over Goodwill for just a few bucks. They are outdated, may not even work, and the image quality renders them useless in today’s world. But they each have a story and if you like tech you’ll be walking through the isles thinking about the first time you saw one, the rage at the time of running out and buying one, and then realize it’s basically a paperweight today. It’s true that there’s a lot of worthless junk in stores like Goodwill, but if you keep looking you can find some decent things. I think of every item as a story.

There have been some very neat things at Goodwill, something collectors or people that know the value call “treasures.” A treasure is something of valuable to the person or a group of people. In my case, I’ve probably bought 30 NOAA Weather Radios that were all new in boxes. They ranged from late 80s models to early 2000 products. In a few instances, I found original Radio Shack models that were new in box. These are high-value items to collectors. Being a scientist and meteorologist, I actually had connections to a collector network. These people collect tornado sirens (no joke) and weather radios. They will literally ask me if I find anything to sell it to them. I sold every single weather radio I bought to collectors. I regret selling the 80s radio shack boxed item because Radio Shack is now out of business and that was a one-of-a-kind item (a treasure). I found numerous other Tandy and Radio Shack items that were new in the box. I knew what they were, but the Goodwill employees or original owners probably had no idea and just marked it a dollar or something around that. That’s a great deal.

Did I mention I don’t always buy something? It’s fun to just look around the store. Some people constantly go to Goodwill to “flip” items. Flipping was made popular by unrealistic shows like Storage Wars. People think they can dig through a box and find gold – just to sell it to someone and automatically become a millionaire overnight. Flipping is hard work and takes a lot to do, usually for little to no profit. But when you go into it as just a hobby and have fun, that’s the best technique. You’ll see people in Goodwill (as soon as it opens) digging through and Googling items to see what they are worth. The best thing is — most of these people ignore the electronics items (they don’t know anything about it nor are they willing to learn). That means, it’s still a good time to look and buy tech stuff from Goodwill. Most people are looking at obvious higher value things, such as collectable plates, dolls, etc.

It’s not just treasures, but what about those items you might be able to immediately use? You’ll find cheap computer cables, such as monitor cables, network cables for your home internet router, HDMI cables, and so forth. Imagine finding these things brand new but only paying about a dollar for them – instead of going to a department store and paying $20-40 for the same thing. This isn’t uncommon to do at Goodwill. In fact, in the video I made, I show several cables that were new in box. I always tell people to buy backup cables for their computers or HDTV equipment because buying them at major stores is too expensive.

It’s not all perfect at Goodwill. In fact, some things are just overpriced. In some cases, there are prices marked above retail (items you could buy at a department store new with a warranty). One of the biggest issues at Goodwill with electronics or any other item is either broken/non-working products or just empty boxes. Always check the box to make sure everything originally included is still in there. In addition, always make sure something actually works before wasting money on it.

Never Buy a Used Modem from Goodwill – Here’s Why

Another huge and important warning to Goodwill customers is this trend of people donating modems that are not theirs. What happens is people don’t pay their cable modem bill and it gets disabled. The company marks it as a loss but marks the equipment as stolen or banned. If you try to buy and use one of these as your home modem, it will probably not work. In fact, the company can possibly track your use, if you attempt to plug in a lost or stolen modem at your home. So don’t do it. Any “marked” modem that says Time Warner, Bright House, Spectrum, or the like should just be avoided. It’s best to buy something new that isn’t banned or marked disabled/stolen or delinquent. In fact, many of these items have a prominent warning label that says this product is the property of the cable company. ULTRA TechLife has found hundreds of these modems popping up at Goodwill locations across the nation. Stay clear of buying these to avoid major headaches.

So this can be a fun thing to do and you might find something really cool. Walking through an isle and seeing items that go back decades to now just makes you think. Everything has a story and it’s amazing to see technology change over the past few decades. It seems as if those items you just saw on television that were the latest craze ten years ago are now paperweights being donated to a reseller store. Always check the box to make sure the original parts or accessories are there. Don’t forget to check and make sure the item also works. You won’t get a warranty as these things are not being sold as new from a major department store, but who wouldn’t consider buying something cool or that they needed for anywhere from 75-99% off the original price?