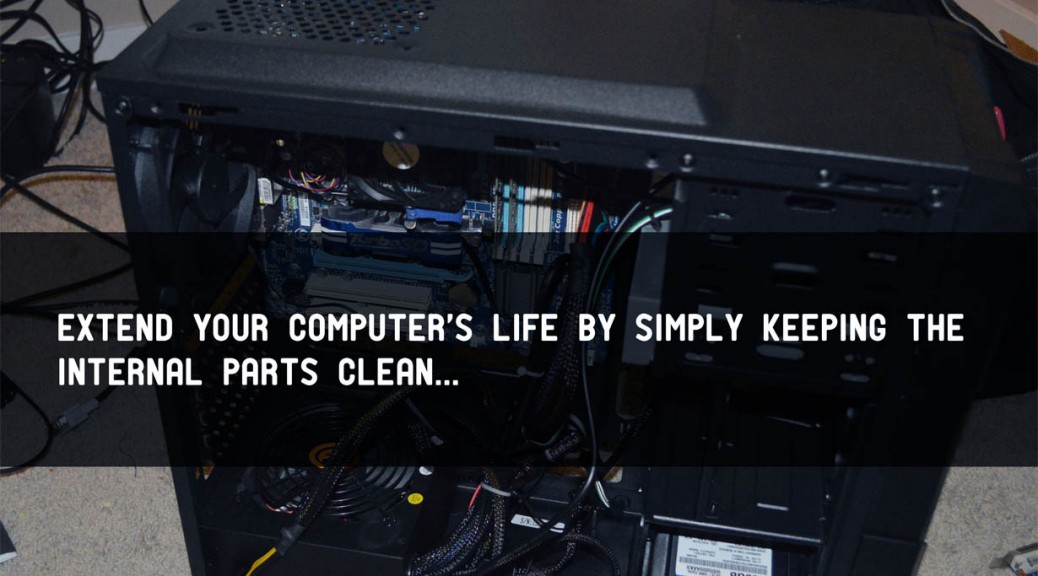 Thursdays What’s lurking inside your desktop or laptop? Could it be a rat, carcinogenic dust, allergens, spiders, or just several inches of nicotine? If you’re not keeping the inside of your computer clean, you’re reducing its lifespan. Millions of computers, many of which work perfectly fine, are thrown out each year. Not only does this cost people, it contributes to over 12 million of tons of annual e-waste, some of which is toxic to the environment. A simple spray of canned air and a few swipes of a cotton swab could significantly extend the life of your computer, increase air quality, and save you thousands.

The Cost of Dirty PCs

In almost two decades of working with thousands of desktop and laptop computers, one thing is for sure: people are throwing out perfectly good computers. Why, you ask? One of the biggest causes of a computer to stop working is simply dirty internal parts that stop working.

A power supply or system fan can stop working because the inside (case) of a computer collected so much pollution that the parts no longer function (become clogged) and the computer doesn’t boot. PC owners then get frustrated and assume that their expensive computer is now a paperweight. Some people spend hundreds to thousands of dollars in attempted repairs, paying someone else to fix it, or simply burn their wallet and buy an entirely new computer. It also cost people lots of time because they don’t have a working computer to do homework or other tasks. Some people even throw away their hard drives, losing all of their data — again just because their computer was dirty. The costs are huge from not keeping clean.

It’s not as simple as just paying someone else to take care of your computer. Unfortunately, not all commercial PC repair stores are honest. I personally witnessed (and investigated) numerous retailers that would regularly charge unsuspecting users ridiculous fees or just told them to buy a new computer they didn’t need. People may just need to replace a simple part, but unless you’re an experienced PC tech, you’re probably going to have to trust the word of someone else. A preventable issue can cost you thousands of dollars.

According to the American Community Survey data, as of 2013, about 83% of Americans have a computer at home. Think of the cost for each of these computers. A majority of these people will never clean the parts and most people do not have the technical knowledge to perform their own system repairs. How many people even think about cleaning their internal PC heat exhaust fans? 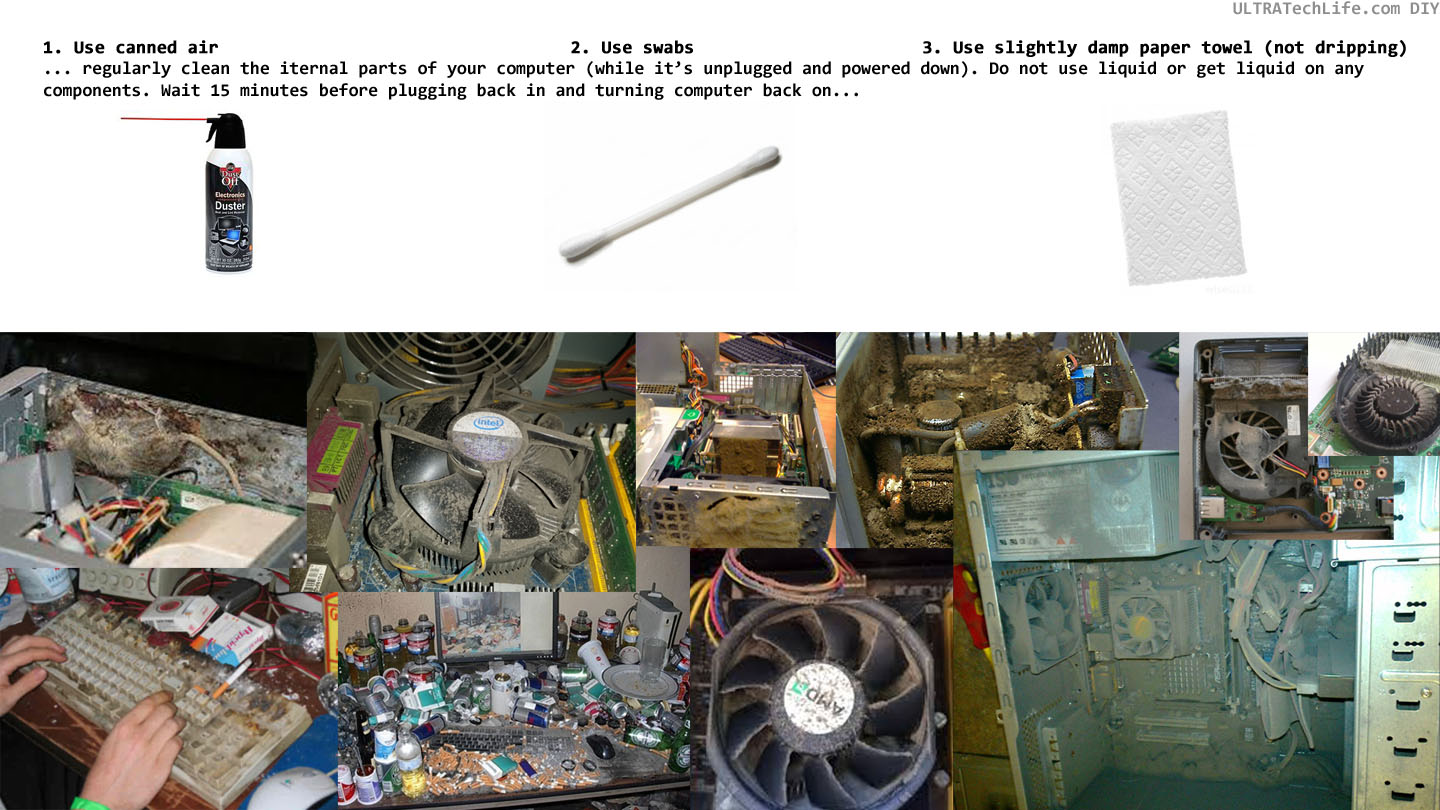 You would be surprised how far simply keeping your computer clean actually goes. The average computer quickly collects dust through a system of suction and expelling of the surrounding air. Many people already live in homes, or work in offices, with very poor air quality. Your computer continues to act as a sponge to its surroundings. All of the internal parts will start to collect dust, pollen, and other particles in the air. Eventually, the particles may build up so much that portions of your computer begin to behave abnormally. 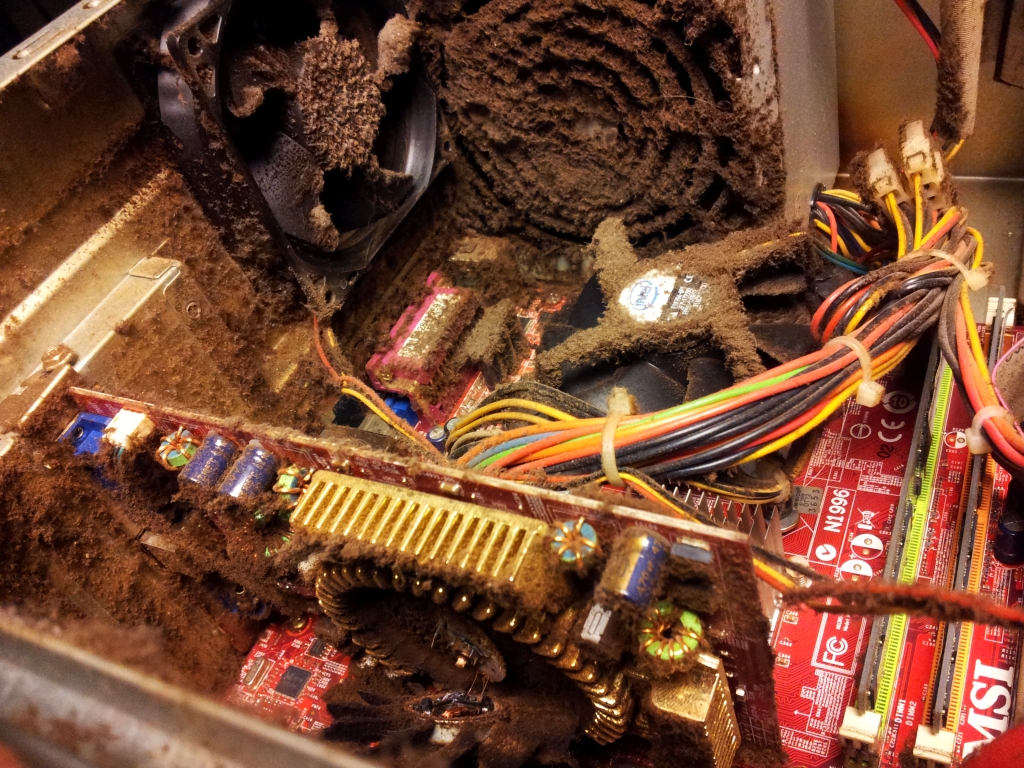 Build-up of particles can cause your computer’s temperature to rise above normal, fans to get noisy or fail, power supplies to fail, and cracking of circuit boards. Thankfully, many computers will automatically shut down due to overheating, but you shouldn’t risk a fire. Overheating from fans that stop working because they’re clogged with particles is a very common occurrence. Once fans stop working, the computer no longer keeps optimal operating temperatures, which reduces the performance and lifespan of the computer. Desktops are the worst for this happening because they remain in one area, usually on the floor, and have larger spaces for particles to collect. In fact, we’ve seen dead rats, ants, spiders, and all kinds of things that crawl into computers. People usually don’t bother cleaning the internal parts of their computer because they are typically screwed on and it may void the warranty on certain computers, such as laptops.

Your desktop or laptop can collect toxic dust from internal parts as well as the floor, mold, smoke, or anything else from poor indoor air quality. The hazardous materials include circuit board metals (e.g., lead), allergens, and more. Use a mask in open air to ensure you don’t breathe in the toxic dust. The longer a computer sits, the more it can collect. You should regularly clean your computer to prevent build-up of dust that is not only hazardous to your health, it’s also damaging to the computer.

Using canned air and cotton swabs allows you to clean internal parts with precision. Sector 3 Don’t use the canned air for too long, just a few seconds at a time. Lots of rapid temperature changes are bad for electronics, especially if they are large. The idea is to just remove the build-up of particles and keep the internal parts clean. Leyland Plan on cleaning your computer once every few months.

You can also reduce dust by using computer cases with built-in air filters. These must regularly be checked and cleaned as well. Keeping a house or office with good air quality will also reduce the internal dust collected by your computer or laptop. Remember that a computer can also push out dirty air. It’s important that you never breathe in air that comes out of the fan of your desktop or laptop. Keep the fans away from face-level, pregnant women, and children.

In one example of how cleaning extends the life of a computer, we introduce an old desktop, named “Leeroy.” 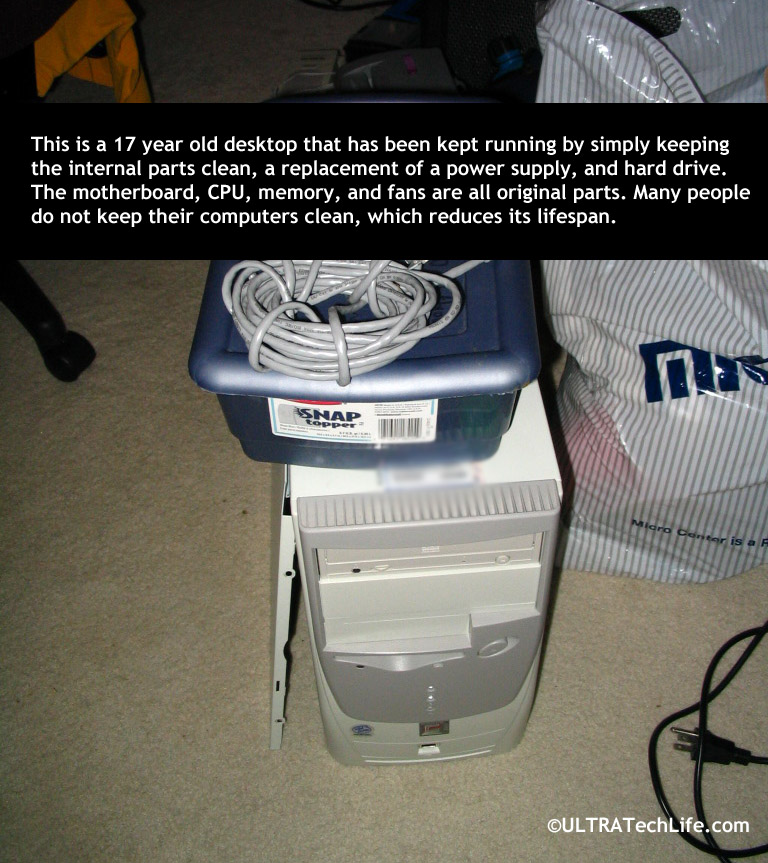 Leeroy is a 17-year-old Celeron desktop system that continues to work today. It was used to perform remote control processing for an old CCTV remote camera system (didn’t need much for that). Granted, it’s obsolete in 2017, but the fact that it lasted this long says something about the maintenance and upkeep that could save you thousands. The only parts replaced were a power supply and hard drive. That’s an excellent example of saving money and extending your computer’s life by simply keeping it clean – on the inside and outside. Keeping your computer clean really does work.