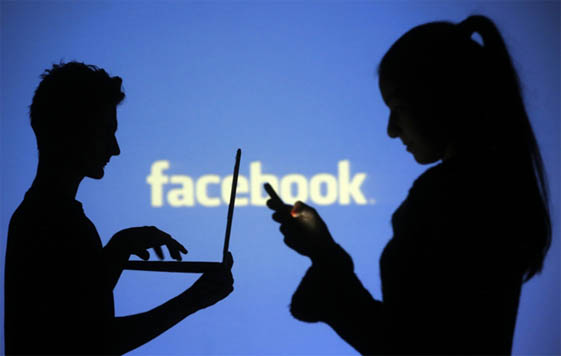 Many Facebook frequenters don’t fully understand the extent of the invasion of privacy and security vulnerability they face. Facebook’s vision for the future is even scarier. Are you giving more than Facebook is giving you? You’re providing them with an astonishing amount of very detailed and personal information, but for what? Experts say Facebook is collecting much more data than their users realize. If you’re a heavy user of Facebook, you might want to reconsider what you like, post, or share.

Relatively few people actually understand what information they give up by using Facebook. Similarly, not very many people are aware of the personal safety compromise that comes with giving up so much information to unknown parties. The addition of smartphone apps have also meant that the social media giant now can tap just about anything you’ve got on your phone. Where are you? Where did you go? Who are you talking to? What have you bought? When do you sleep? Where did you eat last night? You might not have posted this, but Facebook already knows.

It’s critical for internet users of all ages to understand the risks and how they can try to avoid some of these major privacy and security issues.

By using Facebook you’re giving up the following personal information:

It’s very difficult to understand just how much information you’re giving up without having a computer, network, and internet security education. It’s bad now, but the invasion of privacy is about to get much worse. Facebook has recently announced that it wants to feed you when you’re hungry. It seems Facebook wants to know everything you think and do, but why? For the government? To sell that info to unknown people? Why?

Facebook’s vision for the future is also very disturbing, filled with automatic tagging, data mining, and selling your information to who knows. Already, users report their pictures are already being subjected to recognition software, suggesting names, places, and even a description of what’s in the picture before you type anything. This might seem cool on the surface, but this is just more of an invasion of privacy. It’s not just the data that’s being collected, it’s even more risky when this is all linked to your real name and address.

Using a real name is one of the biggest threats to your privacy and safety. In an age of digital stalking, lynch mobs, hackers, scammers, ransoms, and revenge posts, real names make it very easy for bad people to find you. You’re also linked to anything else you’ve done online, if you’re real name is used for those accounts as well. People that have been stalked before can appreciate the importance of using a pseudonym online. In fact, every sane, informed, smart person should be using a nickname or pseudonym while doing anything publicly online. Facebook, even if you’re set to friends only, is still basically a public social media system.

Facebook often unethically and ridiculously makes people submit driver’s license, social security cards, and other extremely personal identification cards. It says they do this to confirm identity, but it’s nothing more than an invasion of privacy, unethical, potentially dangerous, and severely compromises the security of any individual participating. Unfortunately, Facebook often forces people to do this to avoid having their account disabled for not being “fully” verified.

Several IT security experts have confirmed to ULTRA TechLife that Facebook often forces people to scan and upload extremely personal, sensitive identity information to maintain an account. Examples of such information included birth certificates, driver’s licenses, and school ID cards. There are plenty of other ways to verify a legitimate account. Think of all of the accounts you have where you didn’t have to upload your social security card or driver’s license card picture before opening a social media account. Why should Facebook be any different? What Facebook is doing to such a large amount of people should be a crime against humanity.

As you can see, the above personal information, combined with your real first and last name, will significantly threaten your identity, privacy, and personal safety.

But Facebook knows that people like to communicate. Facebook, admittedly, is a convenient platform to friend people, share pictures, like, and comment on whatever is of interest to you. This is all great, but it shouldn’t require you to give up such personal information and threaten your personal safety. What legitimate internet security expert would ever tell you that Facebook is great for your privacy and personal safety – as it stands now?

Despite being called social media, sites like Facebook operate more like a data mining business that dives deeper into a level of such disrespect of privacy and safety that they must constantly justify it by suggesting it’s all for your safety, to tailor content for you, suggest friends, or serve better advertisements. Anyone with common sense can see right through this.

What is your privacy and safety worth? Do you believe you’re getting just as much back as you’re giving to Facebook? Remember, privacy and safety go together. Here are some things you can consider to ensure you have some kind of privacy left:

If you’re worried about being antisocial, just consider what experts say about social media. There is evidence that suggests social media causes antisocial behavior, depression, unhappiness, relationship problems, and even violence. Just think of the armchair court of public opinion that spends day and night arguing over the latest clickbait news story or political problems. How much time is wasted making negative comments on Facebook?

Internet security experts are warning all users of social media sites like Facebook that the invasion of privacy may be far worse than we currently know.

Author: Ben Alonzo is a unique scientist, tech expert, professor, and director of ULTRATechLife.com. He’s CEO of the media-tech firm Storm Sector, LLC. Ben holds an M.S. in Information Technology, M.S. in Geoscience, M.S. in Nutrition and Health, and a B.S. in Geoscience. He’s a highly-rated professor that teaches earth science, environmental science, oceanography, meteorology, and public health. His diverse background spans numerous fields, network and computer systems, healthcare, weather forecasting, consumer electronics, computer programming, and web development. Ben holds numerous professional licenses and certifications, ranging from information technology to healthcare and emergency medical technician. He’s also an FAA-licensed private pilot that loves flying. He’s been writing about science and tech for over 10 years. You can see some of his past articles on the Houston Chronicle, eHow, Hearst, and other networks. In his free time, he loves scuba diving, traveling, storm chasing, producing videos and writing guitar music. More about author.