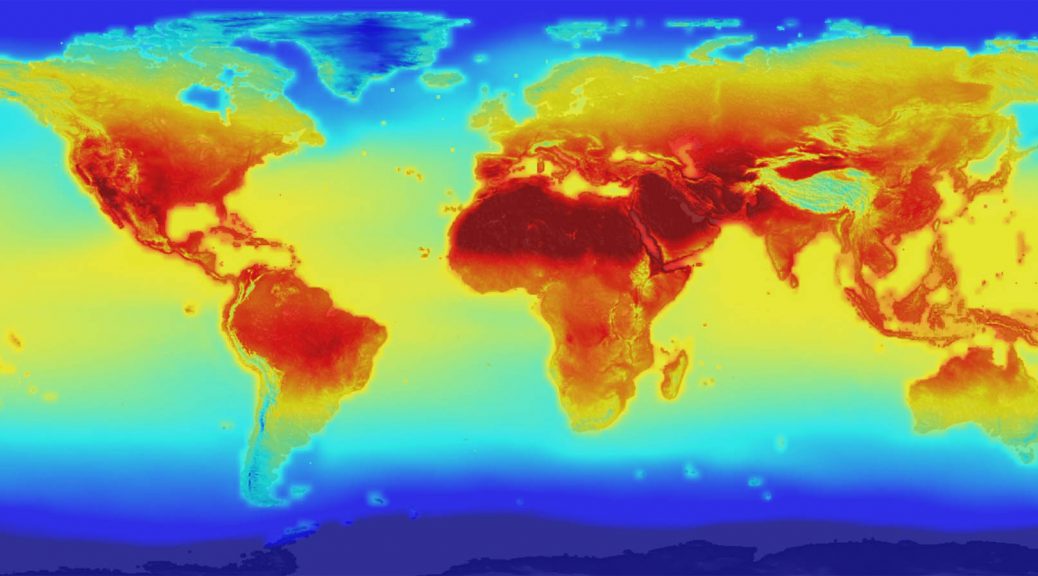 Climate change is more complicated than just global warming and sea levels rising. There are direct and indirect effects of this warming, much of which we are starting to see today. Some of these impacts will be more noticeable than others. Humans are connected to the environment, which means we should be watching what happens around us at all times. Let’s talk about six unfolding consequences of climate change happening in the near future.

Florida alligators may start moving north as a response to climate change. Nesting temperatures are important for alligator populations because a higher nesting temperature could lead to offspring being mostly male, essentially leading to a population decrease, over time. Researchers were already watching the nesting temperatures of gators. Outside of optimal temperature ranges, the alligator faces extinction threats, unless they begin to move north towards cooler climates. However, this north movement will likely lead to more human encounters with alligators.

As we see more flooding events due to excessive rainfall, we will likely see more public health water emergencies. Polluted water is a huge consequence of climate change. In fact, more flooding means we will likely see more diseases spreading through contaminated water. Water can become contaminated when a factory, waste treatment, or chemical storage structure experiences a flood. If these structures are damaged by storms and experience a flood, contaminated water can travel some distance and may be hard to detect. Many unsuspecting people will drink the polluted water or otherwise come into contact with it. The results could be anything from acute short-term illness, to long-term illnesses or death. Climate change is a public health emergency.

Water is necessary for life. Specifically, clean water is critical to sustain human populations. Even in Texas, climate change is causing water scarcities because of droughts that are worse than previously recorded. Communities that rely on surface water are even more vulnerable, such as Dallas. Surface water is also more vulnerable to evaporation. This means farmers and crops will face a water emergency sometime in the near future.

The US experienced billions of dollars in losses, a 10-year high, as of 2021. Hurricanes, tornadoes, and flooding events are costly – for both individuals and commercial businesses. Climate change will lead to more extreme events, giving the already overpriced insurance industry plenty of excuses to raise your premiums. Coastal areas will likely experience the highest insurance premiums, for both home and car insurance rates.

While one could argue global warming might be good for treasure hunters, it’s also going to lead to gruesome discoveries. One such example of this is what’s happening in Nevada. This spring 2022, just outside of Las Vegas, Nevada, Lake Mead has dried up so much (dropping at least 100 feet) that human remains are now being found. Once large bodies of water disappear, a new trend of gruesome discovery will continue. Nevada has a mob history and it’s likely that climate change will lead to more cold case discoveries, unfortunately for many people just vacationing.

Climate change is causing higher levels of human stress. This is due to massive pollution, reduction of food sources, wars over scarce resources, and extreme weather events causing traumatic stress. Things will only get worse, according to a recent 2021 World Health Organization report. Future effects of global warming include more homelessness, more disease spreading, higher levels of pollution, uninhabitable portions of the planet, mass migration, loss of sleep, higher levels of depression and suicide.

Climate change impacts every single human. The strongest impacts will be experienced by the poorest nations first, but everyone else has already started to “feel” the impacts of climate change, including “wealthy” nations, such as the United States. Other climate change impacts include higher fuel costs, loss of habitats, contributing to global disease outbreaks, forcing people to move because of the heat, loss of sleep due to higher temperatures, reduction of food sources (higher meat prices), loss of crops (higher produce prices), etc. We must take action now to combat climate change because our survive depends on our proactive measures, including ensuring basic human rights, embracing science, upgrading infrastructure, trade, food safety, and economic policies that will ensure everyone has an equal chance of living a quality life.