5 really cool things going on in science these days 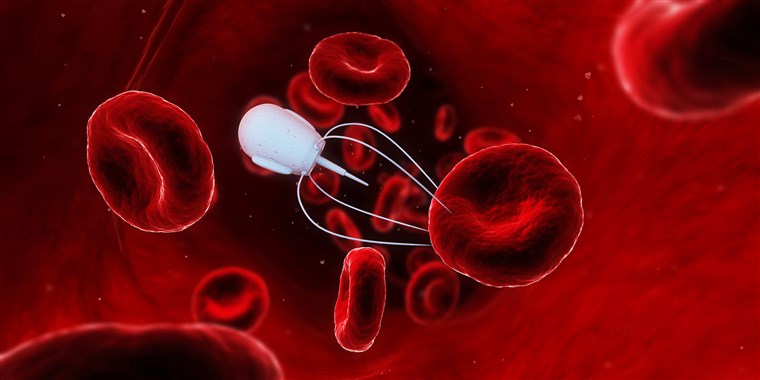 Science is pretty cool, but most of its accomplishments go unnoticed – that is until the average person sees direct benefits. Imagine preventing major diseases, repairing skin, lowering medical costs, working smarter, and making life more fun. These are all things science has to offer each and every one of us – it’s awesome. Who’s tired of the flu? Ever burned your skin? Dropped your cell phone and cracked the screen? Scared of cancer? Ever wonder how we got to where we are today as humans? Science is here and there’s some awesome things going on that you might soon benefit from. Check these 5 cool things going on in science these days.

Imagine tiny robots you can’t see without a microscope acting as an army of many inside of cells. It’s possible that a swarm of nanobots, smaller than the width of a human hair, could enter cancerous cells and starve them from blood vessels or mechanically tear them apart, effectively combating cancer. Scientists from the University of Toronto have developed nanobots that can be controlled remotely by magnetic waves once inside your body. Sending various power amounts through coils allowed researchers to control nanobots inside of cells, allowing them to move them in multiple directions. The idea is that these methods are more targeted than traditional chemotherapy, which causes unwanted damage. This is another cool thing science is doing. One day we can solve the cancer problem using science.

2. A Cool Study on How Humans Diverged from Apes

There’s a really cool study from Emory University about what makes us humans and why we are different from other animals. It turns out, anthropologists have long said tool-making is a key behavior that separated us from other primates. It’s not the tools alone, it’s the miniaturization of tools. Specifically, things like tiny cutting tools meant more complicated thinking and creation.

“Just as tiny transistors transformed electronics a few decades ago, and scientists are now challenged to make them even smaller, our Stone Age ancestors felt the urge to make tiny tools,” says Justin Pargeter, an anthropologist at Emory University and lead author of the paper. “Miniaturization is the thing that we do.”

It’s amazing that humans continue this in modern times because we’re always looking to make things smaller. Our smartphones, computers, and other products keep getting smaller. Think of the computer chips that were once the size of an entire room and now require a microscope to see – microchips.

According to the Centers for Disease Control and Prevention, each year, at least 1.1 million burn injuries require hospital attention. Although human skin has an amazing ability to self-repair to an extent, if you damage enough skin, or full-thickness burns, you’re in trouble. Skin protects your body from foreign objects and helps thermoregulation of your normal body temperature range. In February of 2019, scientists from Singapore University shared their transparent self-repairing, water-resistant skin invention, inspired by jellyfish. When you take an oceanography course in college, you’ll learn about the importance of our oceans. Many medicines and other inventions come from exploring our oceans.

Image: self-repairing skin can be seen re-attached and strong after being cut in half.

These scientists created an electronic skin that was inspired by underwater invertebrates such as a jelly fish. This could have all kinds of applications. Although this might be useful to humans in the future, scientists are focusing on technology applications. In order to reduce waste (millions of tons dumped every year from technology and production), a smartphone could include such materials that would repair cracks in the screen – reducing electronic trash from production. That’s a great invention, if it works. Imagine you accidentally dropped an expensive smartphone or tablet. Now, because of science there’s still hope. Self-repairing technology would be awesome for the average consumer.

Don’t you hate the flu? What if it can be prevented by just popping a pill? Of course, pills can have side effects, but it’s tempting. The flu means millions of people are sick every year – about 29 million in the US. Almost 35,000 Americans die annually from the flu. Vaccines must change every year and are only effective for certain strains of the flu. Plus, people hate needles. That’s why scientists think they are on the right track to flu prevention because they’ve experimented with small-molecule fusion inhibition of the influenza virus in mice.

Mice are biologically similar to humans so they are good for testing. It’s also not easy to do because digestive enzymes impact the human delivery of such a pill. Scientists must find a way to create a pill that can carry a binding delivery antibody substance that will prevent the flu, essentially (hard to do for oral delivery). If they can do this, we might get the chance to say goodbye to many strains of the flu – possibly the worst ones that hospitalize us, cause us to miss work, or stay in bed.

Imagine you want to have kids. What if science could make sure they were born with superior genetics, eliminating the risk for cancer, other diseases, and debilitating conditions. Although science isn’t exactly at this point, it’s getting there. A science team from the Southern University of Science and Technology, in Shenzhen, China has been editing genes for in vitro fertilization. They wanted to eliminate a gene called CCR5 as a way of making a baby resistant to HIV, smallpox, and cholera. Scientists all over the world are watching stories like this because they are very controversial, we don’t fully understand how gene editing might impact humans, and it’s being done in some unnecessary cases.

Scientists are also trying to edit the genes of adults with HIV to rid them of the disease. The potential for designer humans is there – at least developing humans with less diseases and unwanted traits is a desirable outcome. It’s the unknown, side effects, and ethical concerns that draw the attention of scientists around the world. There’s huge potential in using science to create better life – we do it with plants and food today. This is worth keeping an eye on – let’s see what happens next. Although it’s controversial, this could turn out to be a breakthrough for humans.