Are mini solar-powered crank emergency radios worth it? 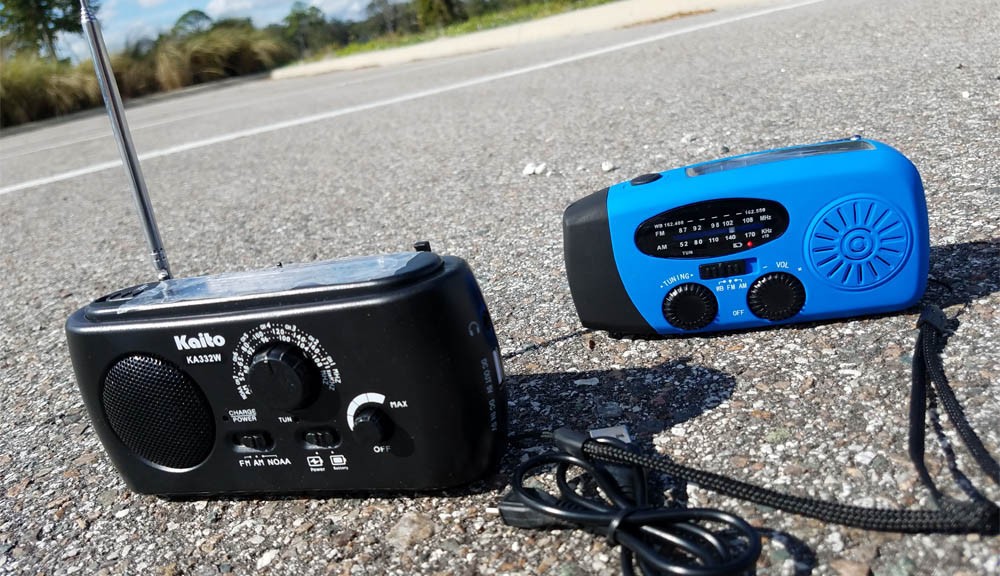 The mini Kaito KA332W and this other unbranded solar-powered emergency radio (pictured) are the most popular sellers on eBay and Amazon so we decided to check them out. Will these actually work in an emergency situation? We tested several of these and nearly all of them had the same problems – poor solar power and terrible battery life. Getting prepared for a disaster is a good thing as long as your preparedness equipment actually works. Always test your gear ahead of time. Before you buy one of those mini solar powered emergency radios you should check out this review.

It’s great to get prepared for emergencies, such as earthquakes, tornadoes, and hurricanes. A good emergency radio can keep you informed of the latest severe weather watches, warnings, and emergency messages. When your power goes out and you have no internet how will you get information? Getting a solar-powered emergency radio is a good idea – as long as it actually works. We tested two of the most popular mini emergency radios on eBay and wanted to share our results with everyone thinking about getting one.

The addition of a solar-power panel and crank circuit means you’re supposed to be able to power the radio without batteries or plugging into the wall. But there were some big problems with the solar-power and rechargeable batteries, especially on these mini radios. The problems rendered the radios nearly useless. Besides power options, a good radio will have good receive sensitivity. You should be able to tune in larger, local radio stations with some ease. Reception was a major problem. In an emergency, you don’t want to pull out your radio just to have it fail to turn on or be able to tune anything. 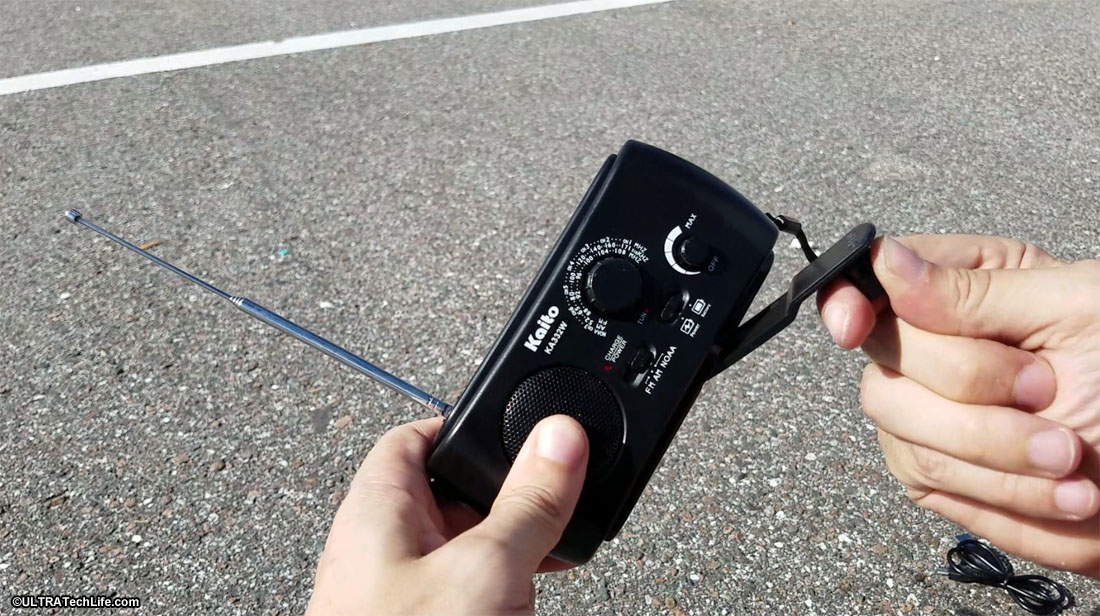 The size of this radio is very appealing (6 x 2.8 x 2 inches and about 8 ounces without batteries) and the crank handle fits nicely into the radio casing. This radio is almost small enough to fit into your pocket. One of the nice things about this radio is the ability to use AAA batteries. When you’re in an emergency, the more power options you have the better the radio. Who wants to crank the radio when you can just pop in some batteries that are widely available? Most importantly, you want the radio to work when you need it.

The features include a built-in flashlight on the side, a crank handle on the bottom, antenna, USB port, headphone jack, and of course the AM/FM and NOAA weather bands. Both radios had these features. NOAA weather bands broadcast 24 hours of weather information, watches, and warnings, which is great for emergencies. Even if your power is out you can still get important information. That’s all great, but does it actually work?

The solar panel just doesn’t really work. We tried 3 of the Kaito units and 2 of the blue “unbranded” radios. Every one of them failed to turn on or tune anything using the solar panel – it’s just not strong enough. The Kaito seems to only work when you use AAA batteries or constantly crank the dynamo power arm. We have previously reviewed larger Kaito models and their solar panels worked without issue, but these smaller radios leave much to be desired. The solar panel doesn’t appear to be sufficient enough to operate the AM/FM or NOAA weather functions for any extended amount of time. Could it be a bad batch? Why did so many of these radios fail?

Beware of the claims that these radios can recharge a cell phone – they just don’t have enough power to do that. We tried this out and the radio died within seconds of plugging anything into the power outlets. These radios also don’t hold a charge very long (they drain quickly). It’s also not practical to expect anyone to crank the radio more than 120 rotations per minute to begin charging a small device. Hundreds of reviews online included people stating “my arm got tired after 30 seconds.” That’s just not enough time to charge anything – and it’s not good in an emergency.

The other problem was receive capability. Even when you use the telescoping antenna, the receive ability just isn’t that great. You need to be able to tune in signals in order to hear anything in the AM/FM and weather bands. We had difficulty tuning in NOAA stations and in some cases larger AM/FM stations. The odd thing was, the other unbranded radio had stronger reception without using a telescoping antenna.

There are many unbranded solar-powered emergency radios on eBay. This blue radio we tested is fairly cheap (below $20), but the solar panel just doesn’t work. You can’t use batteries on the blue unbranded radio, but it did come with a USB charging cable because it has a built-in rechargeable battery. One of the biggest problems was it just doesn’t hold a charge.

After fully charging the radio or several hours, it was dead by the next day without a single period of use – that’s terrible. Basically, it works when it’s plugged into wall power – but that’s not practical for emergency use. The receive ability is also very weak on the radio – it just won’t tune in many stations. This can be a real problem in an actual emergency so we just can’t recommend this unbranded radio.

A good emergency radio will have multiple power options – not just solar. Having the ability to use AA or AAA batteries is a must. You also want a good receiver because you may have to tune in distant stations or NOAA weather radio signals. Most of these radios are fairly cheap, but you should always make sure that the radio actually works and each of the features are practical. Never plan on any of these mini emergency portable radios as a way to recharge your smartphone or anything else – they aren’t capable – despite the claims on the box. We will keep looking for better emergency radios and feature them when we find them. It’s always good to prepared for emergencies with reliable equipment. Do your research before buying one of these mini solar-powered emergency radios.