The Key to Ending Terrorism is Fully Embracing Objective Science, Instead of Ancient Subjective Thinking 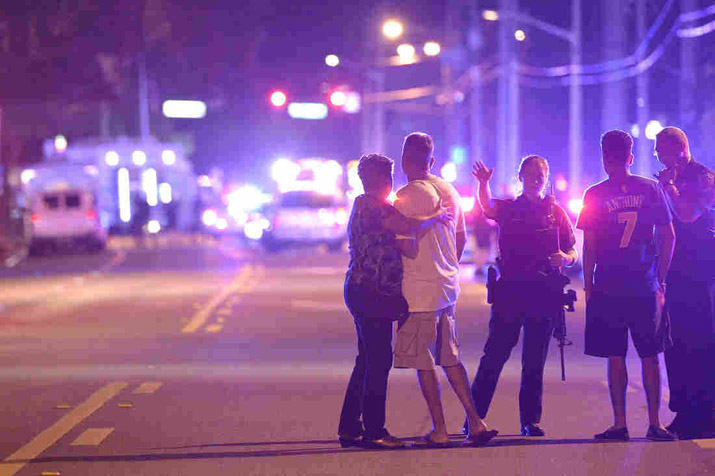 We can more effectively end terrorism by fully embracing objective science, especially as a way of thinking and making decisions. The subjective thinking that comes from religion and tradition leaves people divided, constantly fighting, and unable to decide on actual problems. The recent June 12, 2016 Orlando, Florida Islamic terrorist attack has once again divided the nation into the typical knee-jerk reactions that follow major events. A nation cannot begin to solve its problems, if it isn’t willing to admit exactly what they are. The typical reaction follows subjective ideologies that predictably follow party line politics. Unfortunately, much of the decisions made by politicians and governments are based in blind outrage, false senses of security, extreme bias, and other political agendas, often driven by lobbyist influences.

Are we too worried about hurting feelings that we refuse to make the right decision, make our decisions based on objective truths, protect ourselves, and begin to address problems in our own country? Are the subjective feelings of a few more important than the objective security of a nation? How do you fight a problem, if people aren’t willing to identify it?

Political correctness is holding the nation back — and getting people killed.

Too many have been raised in an environment that tells them nobody can ever challenge their beliefs, nobody is allowed to disagree with them, otherwise, they are a ____ (fill in the blank). We need to get over this culture of political correctness, perpetual outrage, and subjective thinking – our lives and future depend on it.

On the morning of June 12, 2016, an Islamic terrorist sympathizer, named Omar Mateen, planned and executed a major terrorist attack at the Pulse dance club in Orlando, Florida. He communicated with emergency dispatchers before the attack, specifically expressing his support of ISIS and Islam. He had a long history of being reported by coworkers for saying he wanted to kill, but nothing was done due to political correctness and fear of backlash. He had also previously beat up his wife and was on a terrorist watch list, but nothing was done, and the attack took place, killing at least 50 people and injuring about 50 more. Pulse is a gay night club and was having Latino night during the attack. The event started around 2 am and resulted in a hostage situation that went on until after 5 am that morning, ending when the SWAT team stormed the building. It was one of the largest mass shootings in US history. Mateen’s father discussed how his son was upset about gays showing affection for each other, which was some sort of attempt to justify his actions. The father also has a history of verbally supporting ISIS, the Taliban, homophobia, and making anti-American statements.

Let us be clear, this attack was on all Americans, not just the LGBT community. All Americans are equal and we should all stand together against the ideologies that drive terrorism. Our thoughts are with the victims and their families. Hopefully, these events will result in bringing more people together, finally recognizing our problems, and doing something about it.

There is deep division in America, especially after this recent terrorist attack. Many people are simply reacting out of blind rage, calling for more laws, etc. However, is it time that we stop attacking messengers and actually consider the message? There is an interesting perspective from Milo Yiannopoulos of Breitbart. It’s an interesting read from a gay perspective.

Terrorist attacks shouldn’t be a Democrat or Republican thing. One of the most bizarre things to sit back and observe is the vicious political bias of leaders and the general public. We get attacked as a country and, instead of attacking the attackers, the biased masses rush to attack fellow Americans. Can we please stop doing this? It’s like watching a dog angrily chasing its own tail – and it solves nothing. We aren’t going to get anywhere until we decide to drop political correctness and get objective. Actions speak louder than words.

Fighting terrorism means objective and decisive actions, not empty words. There are people with real solutions to terrorism, but they are too afraid to speak up because of political correctness and ignorant backlash.

Anytime you make decisions you’re going to inherently make someone mad. Our problem, as a country, is that too many leaders utilize subjective thinking that is deeply rooted in religion, tradition, and other subjective thinking, instead of objective science (critical thinking).

We’re seeing the results of subjective thinking and decision-making in our country. Just look at: our growing prison population (everything is a crime, everyone is a victim, largest prison population on planet Earth, behind the world in science and engineering education, etc.), science denial, endless wars, poverty, overprescription, obesity, censorship, digital lynch mobs, fear, and ignorance.

Objective thinking that is rooted in sound science is the key to solving our most important global problems, including terrorism.

Terrorism is rooted in ancient, outdated religious rhetoric, and many of the terrorists quote their religious texts as their directive to terrorize others (there are not so peaceful quotes that do indicate many of these texts actually have hateful, sexist, bigoted, terroristic language within them). We always hear religion _x_ is so peaceful, but we ignore the objective truths before our own eyes. We ignore that it’s not the peaceful that cause problems, it’s those that are so religious and serious that they are willing to take ancient texts literally and harm others in the name of an imaginary being that has no objective scientific proof of existence.

It also doesn’t help to give fuel to our enemies, or to create new ones by our actions that often result in destabilizing regions overseas, which often creates new terrorist groups. Terrorists often try to justify their actions by discussing the losses they have endured from American foreign policy mistakes. However, two wrongs don’t make a right, the saying goes.

Due to the extreme political correctness, personal biases, and subjective thinking (subjective social norms), it’s going to be difficult not to make the right decisions regarding terrorism without making a few people angry. The knee-jerk reactions that happen after terrorist attacks seem to involve focusing on the tools the terrorists use, but it ignores their ideology. It’s not the knife, rock, or gun, it’s the idea behind it all.

Leaders often try to find middle ground, in an effort to avoid displeasing/hurting the feelings of as few as possible, but is this a good idea when you’re talking about life and death? Ideas are not racial. We are dealing with the ideas behind terrorism, not skin colors or sexuality. It is not racist, homophobe, or xenophobic to fear for your life, admit you have a problem with terrorist ideologies, and desire to be protected from it. Until we admit our problems as a country, we cannot begin to solve them.

We also have to recognize that you can’t argue with unreasonable people.

Until we focus on the root cause of terrorism and come together by embracing objective science, subjective thinking will only continue to divide people and keep them going in circles. How many people are tired of the same old politics? How many people are tired of knee-jerk reactions and political correctness? How many excuses do we have to make? Are the feelings of a few more important than the objective security of our country?

Every time we think we’re past ancient subjective thinking, it rears its head again and people are too afraid to confront it because we continue to allow political correctness to be more important than objective scientific truths and our survival as civilized humans.

Modern objective science has given us more than any other idea in the history of man. We could significantly reduce terrorism events by fully embracing science in our government, schools, political decisions, and personal lives. The world must embrace modern science and leave ancient, violent, bigoted, hypocritical, dangerous, belief systems behind.

People need to be free to point out that some beliefs are not worth having, especially when they result in the deaths of innocent people. People should not be afraid to admit objective truths and admit that the ideas behind terrorist attacks are demonstrably wrong. We have to come together to admit the problem, if we’re ever going to make our world a better place, especially for the sake of our current and future generations.

One of the best things about objective science is its problem-solving capacity, usefulness to the world, universal language, inclusiveness (it doesn’t care about skin color, sexuality, etc.), predictability, consistency, and capacity to give us all a higher quality life (science gave us the life we enjoy today). Who doesn’t want that?