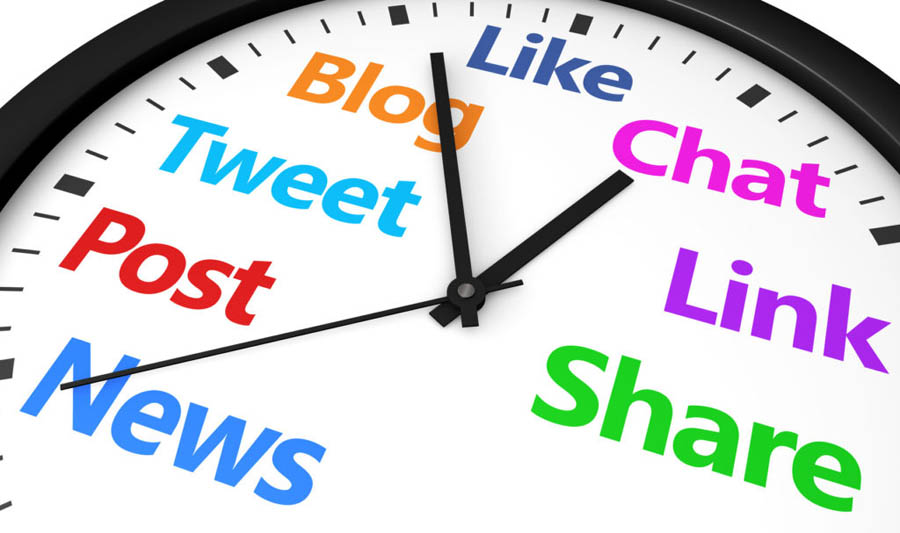 Spending a lot of time online could be a good thing, if you were doing something constructive. Most high achievers will tell you time management is a critical element of success and a key to a better life in general. Spending hours a day studying something meaningful online isn’t a bad thing, for example. But it’s a huge quagmire when you spend day and night engaging in arguments, personal attacks, popularity contests, trying to please everyone, creating a fake persona, never improving your real-life, spreading false/misleading information, and surrounding yourself with so much negativity. Here are some tips to avoid negative impacts of social media, especially important for students and entrepreneurs.

It’s not about spending six hours every day online that’s bad, it’s what you’re actually doing for that time. Is your spent arguing about politics, talking to toxic people, retweeting unscientific claims, liking and commenting on clickbait, and other time-wasting things?

These things have been known to raise stress levels, contribute to depression, low self-esteem, and even cause suicide. The internet is just another modern communication medium, but if you’re not careful it can destroy your life and erase your free time. Here’s some tips to avoid wasting time with toxic online behavior. It’s especially important for high school and college students to know the value of good information and time management.

Drama is everywhere and sometimes it’s entertaining, but most of it is artificial and exists just to keep your attention and make some money off of your participation. From enabling fake news, conspiracy theories, to narcissism, bullying, and almost a total waste of time, social media has it all. Some people genuinely use social media to keep connected to friends and network, but others spend a majority of time engaging in toxic behaviors, wasting time, and may even be contributing to the decline of their overall health and a new depression epidemic. It’s a pretty bad situation that can suck anyone in and even ruin your life. Let’s talk about the problem and some solutions.

That’s why they recently discussed removing the like counts on user posts. Their reasoning is that it causes stress and anxiety, a sort of war of numbers between people that ultimately leaves users “feeling bad.” A recent PewDiePie subscriber war raised these concerns again because people were fighting over numbers. In fact, some YouTube channels were just created to stream live subscriber counts. When your life becomes so consumed with fake numbers (they mean nothing), it’s a problem. Many researchers say that this is an example of toxic online behavior that drives depression and suicide.

Facebook says they’re really concerned about your mental health (don’t laugh). That’s why they recently confirmed talk about removing the like count on user posts. Social media is one of the most toxic side effects of modern technological advances.

When Followers and Subscribers Mean Nothing

Calling someone an influencer just because of his or her followers is a joke. Maybe there should be a qualifier added as to what “kind” of influencer the person is – whether negative or positive. It would seem far too many are “negative influencers.”

Any social media account has the ability to influence someone, some more than others. Sometimes, the impact can be devastating.

It’s disturbing to see all of the recent suicides from people that allowed social media to cloud their lives. They grew so addicted to it that reality no longer existed and they were stuck in a world of unreal pressure, toxic people, fake images, and a game to see who can get more attention. Some were overwhelmed by the pressure of social media so much that they killed themselves. Suicide numbers have increased because of social media.

Many people simply do not understand or lose perspective when it comes to virtual reality. Much of the social media content you see online simply isn’t real. But high numbers seem to impress people. Many want to be like their favorite “social media star”.

But many of these influencers are fake people – they only exist as an online persona. Some pretend to be wealthy by taking pictures at expensive places or simply using Photoshop. It’s kind of sad because these fake people are nothing, have nothing going for them outside of their superficial follower counts.

The New York Times has a funny article about how how fake some social media people are.

Simply having a large follower or subscriber account and no education, skill, talent, respect, or positive work ethic is a recipe for disaster, the ultimate example of a shallow, superficial, and is nothing more than bubble of make-believe life.

There are numerous news articles about how simply following social media influencers leads to incredible amount of negative impacts, especially on mental health.

Some people are so addicted to social media that it consumes their lives, reduces their attentions span, keep them from living life, leaving them with missed opportunities and disappointment. It’s been said that many are depressed because of what they see on social media – someone with a better life or expensive clothes. But is that stuff real? Most of the time it isn’t.

Here are some tips to make sure you’re not getting sucked into the social media cesspool. Don’t waste your valuable time or make yourself feel bad. Time management is really important, especially with so much information at your tips. For college students and people looking for employment, time management is key. Social media will either be a friend or your worst enemy – you’re the one that decides which one it will become.

Try not engage in meaningless arguments, which typically involve politics and religion. After all, actions speak louder than words. Go get involved, which means do something more than rant on social media to other lazy people.

Don’t personally attack people. It makes you look bad and is often a tactic used by ignorant, unprofessional people. Going back and forth only feeds this toilet bowl system, which will waste your time even more. In addition, if you share content on social media chances are someone will personally attack you. In that case, just ignore and report them.

Limit your time on certain social media outlets. Are you there to study or fight? Do you have a goal or want to waste minutes/hours of your time? These are questions you should ask yourself.

Don’t spread misinformation. Social media spreads misinformation so quickly and part of the problem is too many people are willing to participate. Instead, if you’re not sure about an issue, do actual research from reputable sources to determine whether a claim is true or not.

Don’t feel bad that you don’t have the looks, money, or “nice things” that a social media influencer has. Chances are, most social media “influencers” are fake and are not at all rich. In fact, the media has reported on several so-called influencers were actually pretending to be rich while in fact living in roach-infested low-income housing.

Social media influencer is not a good career choice. Ask yourself what kind of skill it takes to be one. Ask yourself about the job security. Do you want to spend your life trying to please fickle, superficial people? Realize that the bulk of any follower count are not actually your friends. In fact, many of the accounts are fake as well.

Most importantly, have a positive outlook on life. Surround yourself with positive influences, not a bunch of fake social media figures. Rich is more than money, it’s quality of life, job security, skills, health status, good friends, good family, being happy, etc. You can take followers away any day and with nothing else, you have nothing else. But you can’t take away your skills, positivity, happiness, your real accomplishments, and a good group of friends to support you through the journey of life. While many are hungry for the life of their favorite social media influencer, chances are those fake influencers are actually interested in a better life themselves.

It all comes down to using your resources for good. Unfortunately, social media is a serious source of negativity, divisiveness, fake living, and misinformation. Whatever you do, don’t let it suck the life out of you. Participate with good people, good content, and be a good influencer yourself. Always make time for yourself away from social media, unplug from the internet, go outside, get exercise, or spend time with your real friends and family.