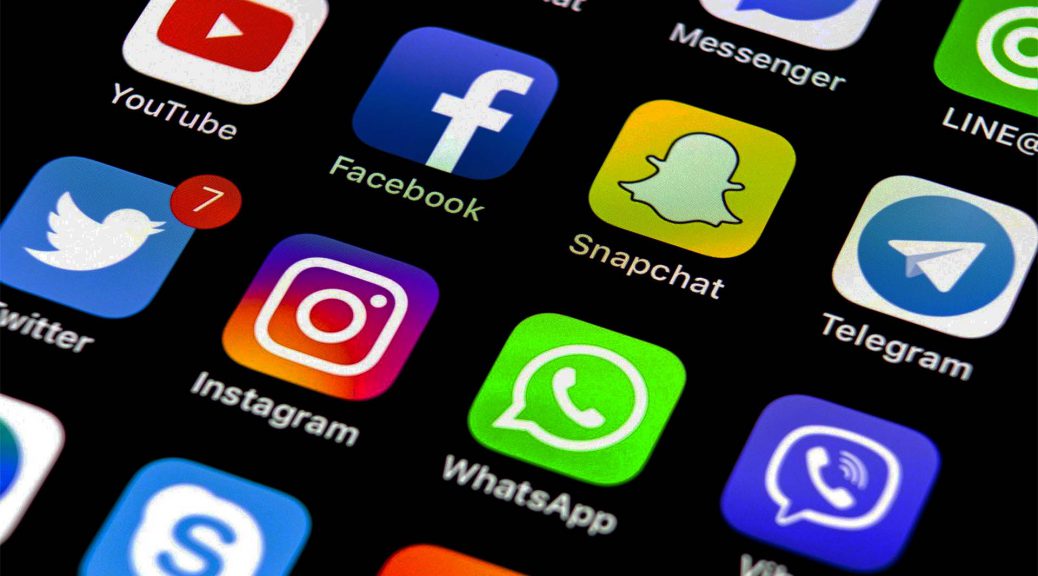 Among other hot topics these days, on March 8, 2022, the Georgia Senate passed a bill that would prohibit Big Tech companies from removing user accounts and content or lock people from “receiving certain messages based on viewpoints, location, race, ethnicity, religion, political beliefs, gender, sexual orientation or disability.” This is a topic with a bigger picture most people are missing. Let’s discuss why…

Georgia lawmakers claim removing someone from social media is an act of discrimination and should be illegal.

At least, that’s what Senate Bill 393 claims. Of course, this was the idea of Republicans to combat what they thought was unfair – the removal of President Donald Trump from Twitter. No doubt, Trump was one of the biggest circus acts of the decade, great for ratings, endlessly tweeting from the toilet seat, and he operated one of the top accounts spreading misinformation during a national emergency. But did banning him stop his misinformation, followers, or the danger of the misinformation he was spreading?

Regardless of the reason why Trump was removed from social media, there are worrisome details –with implications for everyone– especially because both political sides have been fighting with each other over who to ban next or who should get the stamp of approval – but they are missing the bigger picture.

Controlling messages – no matter whether right or wrong – is in the news today. Just search Google for examples. There have been pushes to ban people from talking about gays and climate change by the right-wing. On the left-wing, there were calls to ban anyone that was against COVID-19 vaccines.

Sometimes we cannot control the thoughts or what someone says – whether it’s dumb or smart. Somehow this concept has become foreign when it comes to social media. Who should we ban?

Much of the argument is lost in partisan politics, but there is something to be discussed here – a service getting so big, it’s part of life, required for living, and would create such a severe life disparity by removing someone from it [the service] – that’s what social media may have become.

When I mention life disparity I’m not even talking about an Alex Jones or Donald Trump situation – I’m specifically talking about the average person.

Think of this question: If you were banned from all internet services, would your life change in any way? Would it become easier to pay your bills, go to school, get healthcare, apply for jobs, date, communicate, get entertained? I can answer that question for you — NO.

The precedent is there because the internet and largest social media platforms are highly integrated – one in the same. Social media and the internet should not be seen as completely discrete pieces.

Forget just focusing on social media – this is what the internet has become for the average person – a necessary and critical tool for basic life function and getting anywhere in work, school, health, and financially.

Large platforms (understatement) have become so gigantic that businesses and individuals are expected to have accounts and engage in them regularly (login, post, etc.). In many cases, having social media is just part of life, required for a job, to stay in touch, get news, communicate, and take part in life, basically.

Ironically, and on the other side of the social media banning issue, if we are to assume a purely capitalist system, then the corporation is free to ban anyone from their private platforms. In a pure capitalism system, the banning from a private corporation could simply be described as a “consequence culture” and not merely a “cancel culture”. Many large corporations are extremely greedy and will quickly act to ban anyone that might negatively impact their advertising revenue. The current inconsistent, hypocritical system of banning users from social media platforms is simply a result of pure capitalism, greed, and ignorance.

We could stop at simply stating a private company can ban anyone for any reason on their social media platform, but it’s just not that simple and the issue is much more complicated. This whole thing requires extensive context to understand.

Some say a private company should be allowed to do anything they want, creating their own rules, and then effectively banning anyone they see as “breaking the rules”. But this way of thinking does not consider the gravity of online presence today.

When a private company becomes so large and powerful that having an account with them is the difference between employed or unemployed, having a home or homeless, getting healthcare or uninsured, community or isolation, making or breaking a person, that’s more than just a simple business.

No shoes, no shirt, no service does not apply, I would argue.

For example, without email or an internet account, a person cannot buy, sell, trade, look for employment, get healthcare, attend school, communicate, pay bills, check on their accounts, search for important information, gain access to entertainment, and that’s not an exhaustive list.

Basically, the internet, email, and social media have all become so commonplace and important that it’s a part of life – the water we drink, air we breathe – required to live, whether you’re crazy, normal, mean, nice, accepting, bigot, caring, cold, Republican or Democrat.

Most jobs only take online applications.

Most accounts require online access, including banking and credit cards.

Most schools require online access just to apply for admission.

Most people are connected online and without the internet, you cannot keep in touch with anyone.

In times of emergency, the internet is the fastest way to spread important messages.

You can see, having an internet connection and accounts to access your life functions is necessary, regardless of who you are or what you have to say.

Now, this does not suggest that a crazy person engaging in obvious, repetitive illegal or physically harming actions in public using one of these “platforms” should not be addressed in any way.

There is no whataboutism going on when someone makes legitimate comparisons of what is allowed and what isn’t allowed by large social media platforms or pointing out inconsistent, ridiculously subjective rules (almost non-existent).

For example, a popular YouTube channel continues to be allowed to illegally film videos that show someone walk into a store, spit in food items at grocery stores, then cover the food back up (open a jar/bottle, then close), but a lesser-known YouTube account might have had their COVID-19 misinformation channel banned. Which one did more harm? I would argue the one with the larger following, engaging in more than just contrary speaking activities, actually physically harming others by tampering with food items (this is against the law).

While I’m not out to defend misinformation – to the contrary, I’m a professional scientist, professor, pro-medicine, pro-vaccine, a pro-science educator – I also recognize the slippery slope this takes us down, including who is doing the fact-checking, the consistency in standards of what is/is not allowed, who is and who is not banned, etc.

A deeper, comprehensive, and more modern approach to rules and regulations is critical for social media corporate operations.

When your platform is so incredibly big and powerful, to the point of being a required part of survival, who is the one making the decisions, deciding who to digitally execute? And could this kind of power ever be abused? These are legitimate questions being overlooked by both major political parties, unfortunately.

There is clearly an outrageous level of hypocrisy on nearly all major platforms.

One could argue the people already banned were less dangerous or threatening than the people that are allowed to continue posting and spreading worse misinformation, unnecessary violence, general stupidity, or actual physically harmful content (punching strangers for clout, violent pranks, etc.).

This is a highly political issue. I do not agree with Republicans, they are not the victims and the above Georgia Senate bill likely will not help anyone or solve the overall problem – the average person is the victim. I’m more looking out for the nearly 300 million US social media users, not the top talking heads.

Again, I’ve called for more technical literacy in US Congress. We need people that deeply understand the internet, hardware, software, and social media issues (cybersecurity, etc.). This would allow us to develop real solutions to modern problems, including how to handle large social media platforms that have basically got so big and powerful it can make or break someone.

A legitimate solution, instead of banning someone, might be demotion of content. This is also known as shadow banning, which already takes place on some platforms. A shadow ban would allow the user to continue to post, but their content would not be seen in results or would be demoted. Instead, someone would have to directly enter in an address or follow a direct message link to view the content.

Labeling could also help. But this is where transparent fact-checking should come into play. A system of neutral, objective fact-checkers should be used. Hiding how you check whether something is true or not is not honest and only fuels the conspiracy theorists. Demoting and labeling (misinformation, for example) are two excellent solutions to handling accounts like Donald Trump or Alex Jones.

Another reason why we need real computer/technology experts in Congress is simply due to the fact that technology – social media platforms – are so complicated and large that they allow incredibly fast dissemination of *anything*.

We need to better understand how mobile, desktop, and tablet users send and receive messages, including content, attitudes, perceptions, how they interact with fact-checking systems, and how the platforms handle these issues.

Until there is transparency, objective and consistent rules and enforcement, simply banning someone based on political sentences is problematic. Spreading misinformation is a problem. One could argue that allowing certain talking figures on large platforms could be dangerous but banning them did not stop their message or reduce the danger — and this should tell experts something.

If simply banning accounts without transparency was an experiment, I would say it was a failure. Again, it has nothing to do with political ideologies, but more to do with consistent, objective, efficient, fair rules, enforcement, and oversight actions, especially among large platforms – not superficial systems that target political text or video.